To share your memory on the wall of Malcolm Condie, sign in using one of the following options:

Malcolm grew up on the Condie Family farm during the Great Depression which instilled his strong work ethic and charitable nature. He joined Sherwin Williams Paints in Montreal shortly after high school where he stayed for 30 years before changing careers and worked in the insurance industry where he did not fully retire until his 80th year. Mac beat cancer in his early 80s, and enjoyed his final years tending his immaculate property in Lancaster Village. A farmer, businessman, and avid outdoorsman, he will be dearly missed by the many friends he made throughout his long and eventful life.

Special thanks to the staff at Glengarry Memorial Hospital for their kind and compassionate care. A private family burial will take place at St. Andrew’s United Church, Bainsville, and a celebration of life will be held at a later date. Arrangements are under the care and direction of Munro & Morris Funeral Homes Ltd., 46 Oak St. Lancaster (613-347-3629). As expressions of sympathy, memorial donations to the Glengarry Memorial Hospital Foundation or to the St. Andrews-Knox United Church Cemetery in Bainsville would be appreciated by the family. As a memorial to Mac, a tree will be planted in a memory woods. A tree grows – memories live.
Read Less

Receive notifications about information and event scheduling for Malcolm

We encourage you to share your most beloved memories of Malcolm here, so that the family and other loved ones can always see it. You can upload cherished photographs, or share your favorite stories, and can even comment on those shared by others.

Posted May 01, 2021 at 10:36am
Dear Madge and Condie Family,
I was saddened to read of Mac's passing.
It's been ages seen I have seen any of you however you have not been forgotten.
The Condie and Thompson family go back a long ways!
Know that we're thinking of you!
Paul and Donna (Thompson) Willoughby

Posted Apr 25, 2021 at 12:52pm
Dear Madge, Andrew, Heather & family: We were so very sorry to hear about Mac's passing. What wonderful memories we have of him. Not only of working with him for so many years but all the wonderful celebrations over the years. What a gentleman he was. Our deepest condolences.

Posted Apr 24, 2021 at 07:03am
My condolences to Madge and family. My parents, Tom and Peg Gallivan, were knew you through the Sangster's back in the 80s and 90s. I have fond memories of those times. Always a smile on Mac and Madge's faces.
Tim
Comment Share
Share via:
JS 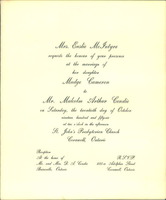 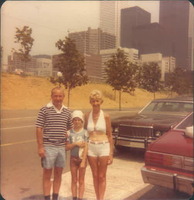 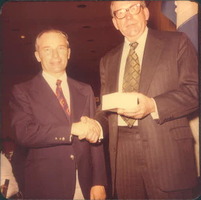